Once Ernest Hemingway said, “A cat has absolute emotional honesty: human beings, for one reason or another, may hide their feelings, but a cat does not.” This quote suits Ocicat cats so much that it seems like Earnest Hemingway penned it for them! All cat lovers aspire to have a cat that is strong, ferocious, beautiful, and wild-looking at the same time.

However, we often forget the fact that cats with these characteristics would be equally difficult to maintain and live with. The combination of leopard-like look and friendly nature was considered to be a far-fetched one. But with the advent of Ocicat, this combination was no more an impossible one.

Ocicats are not only a treat to the eyes but also difficult to resist. They are friendly, highly active, and self-confident. Thanks to the crosses of Siamese, American Shorthairs, and Abyssinians, the wild look but not so wild nature is the result of this cross.

As rightly said, don’t judge a book by its cover! In a similar manner, don’t label Ocicats as ‘wild’, through their wild looks. It is so because, on the contrary to its looks, Ocicat lacks a wild pool of genes. Although Ocicats derive their name from ‘Ocelot’, a small wild American cat, they are actually gifted with domestic temperament.

Not only this, unlike other shy cats, they are talkative and friendly. One can see them happily greeting guests and strangers and playing actively with dogs, other cats, and children. These ‘lap cats’ crave for owners’ attention and are often seen running around the house echoing their pitter-patter.

Aren’t these cats with bulls’ eye pattern and thumb-shaped spots fascinating? They have similar other interesting features and history. Are you excited to know more about them? Scroll along then.

Ocicats have a history of their own. Their story has, ups-downs, intermission, and finally success, like any other suspense thriller. Do you want to know about it? Have a look then. Back in 1964, there was a cat breeder named Virginia Dally, from Berkeley, Minch. She took the best of the two most popular breeds- ‘Abyssinians and Siamese’. She bred them together and discovered ticked-coated kittens in the first litter.

In the second litter, she saw a male kitten with spots like that of a wild cat. Fascinated by him, she gave him the name ‘Tonga’. She continued to cross-breed these two breeds and then, later on, added American Shorthair in the process. This led to the creation of the ‘Ocicat breed’.

Everything was heading smoothly and Tonga became the first Ocicat to be shown at the CFA show in 1965. However, what is a story without a twist? Daly began to look after her sick family members and the breed went into hiatus. This was temporary though and she gave back with gusto in the early 1980s. From then on, the breed continued to reach new heights in terms of popularity and fame.

In 1987, Ocicat received championship status and is currently ranked 18th among the CFA recognized breeds in terms of popularity.

What is the first thing that comes to your mind while talking about the physical characteristics of Ocicat? Of course, their dark contrasting spots! However, there are many other things which make our Ocicats different than others. They are large and by their looks, reflect power and strength. Their eyes are large and almond-shaped and they have large muscular legs with dark markings. Those oval-shaped paws of these cats are very powerful which complements their large strong built.

With their body built, they resemble Ocelot, and with their ferocious looks, they seem to be wild ones, unlike their actual domestic nature.  Taking their body structure, it lies somewhere between that of Oriental shorthair and sturdy American shorthair. Male Ocicats are heavier and stronger than female ones. On average, males range from 9-15 pounds, whereas, females are 6-9 pounds in weight, on average.

Do Ocicats appear only in brown color? No, it is not true. Registries like Cat Fancier’s Association and many more have accepted 12 variants in the color of Ocicat. These colors range from chocolate and cinnamon, other dilutes of these colors, lavender, blue and fawn, ebony silver, blue silver, lavender silver, cinnamon silver, chocolate silver, fawn silver, etc. The shades of these colors make more differences; however, these hues are the standard variants of colors in them.

What Do These Cats Enjoy Living With

With their wild looks, you might conclude that they are reserved and less outgoing. You must be wondering if they like the company of humans or not. Well! Don’t go on their wild appearance. Actually, they are of tabby temperament and are cool friends to humans. They love to play and spend time with not only their masters; but also other cats, dogs, and children in the family. They enjoy traveling with their guests and try to catch-hold of their attention. Not only this, they loath being alone and the absence of companions around; makes them gloomy.

They are very good attention seekers! Sometimes, however, they might become too demanding. But, they enjoy doing conversations with the owners in their meow-meow and are ready to sit and play anytime and anywhere.

Besides being highly active and engaging, they are high on intelligence too. They easily catch the instructions and are willing to learn more and more novel things. From small basic tricks to complex obedience commands, they easily grab them. They can be easily trained as well! Being athletic in nature, they love to leap on very high places and enjoy playing as hunters.

Things To Know About Ocicats

Oh, God! Cats are a mess! They require too much attention! Too much maintenance for them! Are these thoughts stopping you from taking an Ocicat for yourself? If yes, then fret not. Ocicats are actually, very easy to maintain. Their coat requires very low-maintenance and can be kept ‘clean and shiny’, without too many efforts.

Just by rubbing a chamois across their coat once a week, you can make their coat look at its best. This process removes their dead hair and evenly distributes their natural oils.

Other than being ‘sniffers’, they are ‘spies’ too. They get fascinated by novel items in the house and they try to catch hold of them in the best possible manner. Therefore, just to avoid your important stuff to be played with by your kitty, keep them behind the doors or cabinets. Don’t forget to lock those doors /almirah/cabinets with childproof latches!

Ocicats are, by the way, prone to Gingivitis, which is inflammation of gums. In order to save your feline from this disease, make sure you brush your cat’s teeth regularly. This would prevent tartar build up on their diamond-bright teeth.

Ocicats are wildcat-looking spotted cats who are extremely outgoing and loveable. They love to play with double-legged as well as four-legged people. They are intelligent and adaptive and enjoy living in an active household. An experienced cat owner can easily get over their ‘bit demanding’ nature and if trained properly they can easily learn complex obedience commands. 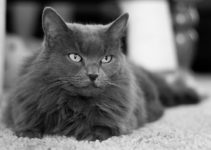