‘Stuart Little‘ has left an indelible imprint on spectators’ hearts. Do you remember the character ‘Monty’? Yes! The former member of Smokey’s cat gang and best friend of Snowbell. That cute little villain was actually a ‘Gray tabby’. Or ‘Grey tabby? Whatever. This grey colored, striped motif tabby cat has an ‘M’ sign in between his eyes. Want to know more about this ‘to-be’ or existing pet cat? Scroll down then.

5 Facts About the Grey Tabby Cat

Here are the top 5 interesting facts about the Grey Tabby Cat that you should know.

Which is the right pick, ‘grey tabby‘ or ‘gray tabby’? According to dictionary.com, grey and gray both refer to the color of a neutral tone between black and white. Basically, both reflect the same color. However, Gray is a popular spelling in the US, while Grey is popular in the UK, Ireland, Australia, and other British-English speaking countries. Without a doubt, both of these words do have the same meaning and both of them are acceptable. Besides, to avoid confusion remember a simple trick, the initial letter of America is ‘A’ while that of England is ‘E’!

Who isn’t attracted by the beautiful eye colors of tabby? Do you know that some rare tabbies have two different eye colors? Generally, tabbies have eye colors like Hazel, blue, yellow, green, red, and orange with vertical pupils usually black. Melanocytes in Iris is responsible for eye colors in cats.

In addition, sometimes a cat’s coat color also determines the eye color. Interestingly, certain breeds have special eye colors. For example, Burmese cat can have eyes of golden color, Siamese can have blue-colored eyes, and aqua-colored eyes are found in Tonkinese sometimes. Also, every cat owner should know that cats can change the colors of their eyes as they age!

3. Gray Tabby Cat and Their Genes

Mother’s genes, in male cats, influence the coat color, whereas, in female cats, genes from both the parents determine the coat color. Before moving further, don’t forget that tabby is just a cost pattern and not a breed. Tracing the history, we would land 9000 years back with African wildcat’s genes. The present cats are, supposedly, direct descendants of African wildcats.

This link is also seen in DNA researches. Agouti gene dictates the pattern of tabby in cats. Young kittens see the motifs on their body change, however, sometimes these motifs change slowly or do not change at all! If the tabby markings are faint and aren’t changing, then this is the recessive tabby gene of your cat. In particular, tabby motifs are useful for cats to camouflage, rather than for amplifying their beauty. Not only this, even today the purpose remains the same for domestic cats too. Don’t underestimate tabby’s genes, well, they can be the mayor of places like Alaska until death!

One specialty of Gray tabby cats attracts masses. What is it? Well, they are friendly, affectionate, playful, and cheerful cats. Not only this, but they also love to cuddle and rub their cheeks against your palm. If you own multiple cats, you can clearly see the difference that Gray Tabby is, relatively, an easy to reach cat.

In the beginning, other cats might feel shy and hesitate to mingle with the owner and their family members (both two-legged and four-legged), Gray tabbies, on the other hand, become playful in a little time. In addition to this, they are foodies as well. In order to make them more jolly with you, all you require is a refrigerator full of foodstuff! Not only this, but they are also lazy at the same time (like other cats).

If you don’t have any control over the diet of your tabby, it might lead her to become fat and obese. Furthermore, tabbies can also be gripped by diseases like diabetes, liver problems, and breathing disorders due to overeating. Therefore a strict control over a diet is advised, or else, these cuddly cats might turn to chubby cats because of your ‘love in the form of food‘!

Talk to any cat aficionado and ask them about their preference of cat, most of them, undoubtedly, would choose Gray Tabby. It is important to know that Gray Tabbies are actually black cats! Yes, seriously! In reality, they are black in color with some pigments in their hair which make them appear gray(or grey).

These gray buddies can have patterns like Mackerel, classic, spotted, ticked, and patched, all appearing equally beautiful. Unlike orange tabbies, there are an equal number of male as well as female Gray Tabbies. In the world today, these cats are the most prevalent types of tabbies including feral and domesticated cats.

Although they are finicky eats, lazy, and nocturnal but these traits aren’t new for cats, right? All cats possess these traits but Gray Tabbies, distinctively, are more friendly, cuddly, and warm. If you will own one for yourself, you would definitely boast about your superb experience with this kitten. They have the potential to make you feel special and loved. Last but not the least, they always grab a special place in owners’ hearts and remain dear and special to them, forever!

Whether you call it ‘Gray Tabby Cat’ or ‘Grey Tabby Cat’, it won’t affect the personality of these cats. They would remain as cuddly, open, and warm as they are right away. Not only this, but they are also considered as the calmest cats of all. Even if they are allured by their coat colors but they also grab our attention through their distinctive personality. Lewis Carroll once wrote that-“Well! I have often seen a cat without a grin’, thought Alice,’ but a grin without a cat! It’s the most curious thing I ever saw in my life!” Seems like this quote is made for Gray Tabbies, no?

They become friendly with the owner easily, soothe the ear with their pitter-patter around the house and bring a smile on everybody’s face with their ‘meow’. Those small paws, shiny hair, and overloaded cuteness have the power to make anybody fall for them, easily. Finally, they can ensure ample love for your future. So did you bring your Gray tabby at home? If not yet, then run and grab one for yourself, what are you waiting for? 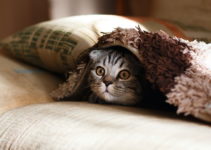 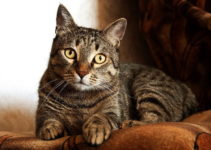